Using your holiday for education is something that many ignore: While we cannot actively endorse children being taken out of school for family holldays, there is a lot to be learnt in a holiday location for an adventurous family. Here we look at the Quercy and Périgord areas of Dordogne and Lot….

What is there in this area for children? 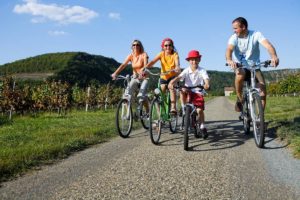 The Quercy and Périgord area offer great chances to enhance your family visit with educational opportunities at any time of the year.  It is has a nice balance of attractions for children and families with almost all containing some constructive learning and cultural aspects, and almost all relate to the natural features and human geography of the area.

Modern language Although English is widely spoken, most businesses are still French owned and run, and there is ample opportunity for the less confident French speakers to discover that what they are learning at school is actually understood by the natives. It’s also very true that attempting to communicate in French is very likely to be met with attempts to communicate in English, and the relationships established will be that much stronger.

French culture has been mildly diluted with the strong expatriate presence in the area, but there are still some things so typically French that the inquisitive young palette can enjoy the original things for the first time.

The chances for exercise of school learned languages will be greater if you stay in one of the multi unit properties that are available through HL Holidays where guests of all nationalities meet and mingle.

English History Yes – even 400 miles from the English Channel there are aspects of English History to be discovered: Much of the Hundred Years war was fought in this area of France. Eleanor of Aquitaine (mother of five queens and kings) and her son Richard I of England (Richard the Lionheart) both spent many years of their lives around the Villeneuve sur Lot area and there are battlements at Penne d’Agenais that were built by Richard. 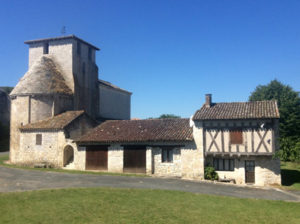 History and Ancient history The Romans were clearly active in the area, and activity is fairly well recorded: The view from most hill towns, especially Tournon d’Agenais reveals a lot of very straight Roman roads.
The area around Cahors has cave systems which were inhabited by ancient man, and there are also noted fossil deposits, one being ‘Plage des ptérosaures’ near Crayssac, just west of Cahors.

Many of the villages and towns are described as ‘bastides’ which was a medieval form of town planning, and many original buildings from the 12th century and earlier survive, along with their historic markets which are known to have been held in the same place and on the same day for nearly 1000 years. 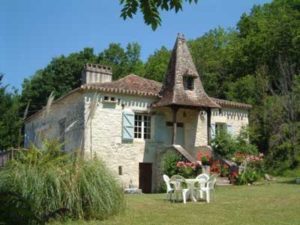 More modern history has by and large passed the area by, but there are a few monuments to some Resistance heroes of WW2, and one of the former farmhouses on the HL Holidays portfolio, 16VID Vidalot is known to have been a Resistance hideout and several SOE agents were taken there after parachuting into the nearby area as the first stop on their missions. We learned this by chance a couple of years ago when an old man turned up at the house, having been born there, and related this interesting oral history to the guests who were there at the time, and they relayed it to us

Art The area abounds with galleries of artists of all types, working in many different media. For the classical artists, Claude Monet is known to have gained his inspiration for his paintings of water lilies from the Nursery Latour-Marliac at Temple sur Lot, a short drive along the river from Villeneuve sur Lot. This is extremely near Las Cabanes in the France for Families portfolio 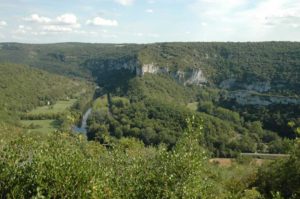 Geography and Geology The Limestone dominated landscape gives rise to numerous features of interest to geography and geology students, with the limestone Aveyron and Tarn gorges and the Causse de Quercy having many classic features. Caves are included in this, with Peche Merle and Les Gouffre de Padirac the best known, but many other ones are easily found, or if you wish to go to the word famous cave paintings at Lascaux, that is just an hours drive north of Cahors. 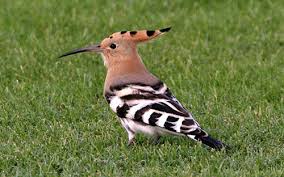 Biology, Botany, Zoology The unspoiled and carefully managed landscape hosts an amazing array of wildlife, with ever changing floral displays through the year and numerous harmless reptiles and insects through the warmer months. Many of the woodland landscapes produce truffles and other fungi in the autumn and winter, and the Truffle fairs of December and January make for good winter gatherings.
Migratory birds pass are often seen, with hoopoe a frequent sight in summer, easily recognised by the black and white zig zag pattern on its back in flight. There are many mammals occasionally seen which will be familiar to visitors from the UK, including brown hares and roe deer. The fortunate may glimpse the secretive wild boar.

Food Technology and Agriculture The diversity of agriculture and food production in this area is immense, and each has a museum dedicated to it: There are thousands of hectares of 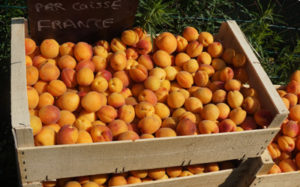 orchards producing all types of soft fruit, including plums which are carefully dried to make the delicious Pruneaux d’Agen. Walnuts and hazelnuts are also grown in large quantities, and the delicious Quercy melons will also be seen among the more common sunflower and other cereal crops grown.  Honey is also produced in large quantities, and some foie gras is also produced in the area, both of which have dedicated information centres and museums.

The best way to see them all together is to visit one – or more – of the markets, held somewhere nearby on every day of the week, where producers gather to sell direct to the public both raw products and prepared products in their finest most natural form.

Many farms have open days, including some like Ferme Lacontal near Touffailles which specialises in growing lavender, and producing lavender products.  For more details on other farm open days in the area see the Bienvenue à la Ferme website

Reilgious Education The area is dotted with churches and religious buildings of all types, but by far the most notable are the Abbey and Cloisters of Saint Pierre at Moissac, which is now a UNESCO World Heritage site. 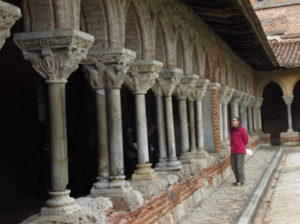 The major pilgrim route through France, the route to St Jacques de Compostela which runs down through France and then through Northern Spain runs through the area, via Cahors and the famous Pont Valente, through the towns of Montcuq and Lauzerte to the Abbey at Moissac, and visitors to this area will see the scallop shell markers, the signs of the route.

To the north of Cahors is another famous religious site – the cliff village of Rocamadour, which houses 8 churches and chapels at this famous site of pilgrimage, also on the route to St Jacques de Compostela: This village ranks very highly on many ‘must do’ lists for visitors. 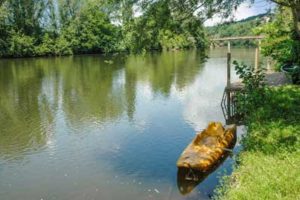 Physical Education Besides the probability that your holiday home will have a pool for swimming, there are quite roads for cycling, and well marked paths for off road cycling, walking and running.  Canoes can be hired along the River Lot and there are a few adventure parks with treetop ropeways and other adventure attractions around the area.

Climbing for all grades can be found along the Aveyron and Tarn gorges.

Lists of attractions and Tourist information offices can be found on the ‘Area’ tab on the HL Holidays  website.

For your adventure park experience, head to Walibi near Agen where there are the usual rides and other attractions plus a water park to enjoy.

There are many other family attractions throughout the area that will be found advertised in Tourist Information offices, and there should be information available at the property in which you have chosen to stay.

If you find a family friendly visit worthy of inclusion on this site, or on the Halcyon Leisure site, please let us know by using the HL Holidays contact form or through the France for Families contact page